Reasons Why You Must Take Spirulina 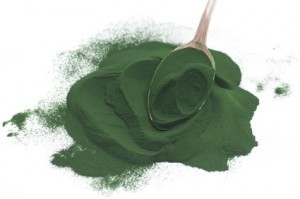 Spirulina is a natural species of Algae/Cyanobacteria that contains over 100 Vitamins and Minerals and contains large quantities of Protein that is cultivated in lakes or freshwater. It’s green in color and sold in powder or tablet form. This “Grade A” Superfood is mostly comprised of Proteins and contains all Essential Amino Acids (the ones not made in the body that must be supplied from outside sources.) This species of Algae is 50-70% Protein and Amino Acids by weight! Spirulina has undergone many studies over the years and has been found to be the highest known source of Protein in the world. In its powdered form, it contains 2g of Protein per teaspoon— that’s equal to a little less than one gram of Protein per gram of Spirulina! Meats in general have approximately 7-grams of Protein per 28 grams of meat. This means that meats are close to 25% Protein whilst Spirulina is about 60% Protein. But wait! There’s more! Spirulina provides these following benefits that’ll keep you not only strong and muscular, but also healthy:

– Strengthens the Immune System: Spirulina promotes rapid cell regeneration that aids in the healing of wounds and makes the recovery of illnesses faster. The nutrients found in Spirulina fortify and strengthen the Immune System so that you can be at your best and stay healthy year-round.

– Assists in Eye health: Spirulina contains Vitamin A, which has been found to be essential in Eye health and contains a Vitamin A concentration 10-times greater than Carrots.

– Improved Digestive System: The promotion of healthy Bacteria that comes from the consumption of Spirulina eases the passage way of waste and gives you a healthier Digestive System that will also improve the absorption of other foods during digestion.

Spirulina delivers many more benefits to go along with those mentioned above such as the improvement of Cardiovascular health, increased Cancer protection, reduction of Arthritis symptoms, a healthier Liver, healthier Bone Marrow, and the relief of PMS symptoms. If this isn’t reason enough to give Spirulina a try, I don’t know what is!

– Is Spirulina Better Than Whey Protein?

Absolutely! Spirulina is better than Whey Protein, or any Protein, on any given day. Whey Protein is typically bought in jugs or bags and just barbarically loaded with Chemicals and Preservatives that make the Protein last for what appears to be eternity, not to mention all the Artificial Flavors and Colors thrown in there as well. The Chemicals and other uncalled for ingredients in the Protein end up causing your body more harm than benefit. This is not at all the case of Spirulina. Powdered Spirulina is sold 99% of the time with no Pesticides, Herbicides, GMOs,Preservatives, or flavorings. Keeping the Spirulina in its natural form yields a pure deliverance of nothing but benefits. How much you have to take is up to you, following the product label is recommended so as to not take in too much of the magic that is Spirulina. Sure it won’t taste pleasant, but it’s ideally and popularly consumed with smoothies and shakes in order to pile on to it even more nutritious benefits.

Here are a few smoothie recipes you can try with Spirulina:

Blend this all together and you’ll have yourself a smoothie rich with Carbohydrates and Proteins that are sure to keep you energized and fresh for the whole day!

Liquify this into a smoothie and you’re sure to have the revitalizing smoothie of the century!

This smoothie is one that will give you loads of Protein and Carbs ideal for pre- or post-workout!

This tropical smoothie will give you the ultimate energy and nutrition boost that’ll take you to paradise.

Spirulina is very flexible when it comes to smoothies, throwing in as little as one teaspoon or as much as one tablespoon in any smoothie will work out just fine. It’s unprecedented amounts of nutrients and Proteins is the most complete source of nutrition out there. Of course, you can’t solely live off of Spirulina, but be sure to include it in your diet for it is a worthy thing to consume.

Spirulina has been on this Earth for millions of years and has just recently been discovered as the world’s most complete source of nutrition. It’s outstanding amounts of Protein, Amino Acids, Vitamins, Minerals, and benefits have deemed it as a Superfood worth trying. It’s not piled on with Preservatives and Chemicals that’ll harm you more than will benefit you. Spirulina, the magical food no one’s heard of. Give it a try! It might not taste like your standard “MEGA ULTRA SUPER-DUPER CHOCOLATE BLAST SUPREME FUSION” Whey Protein powder, but it sure will benefit you more. No fillers and straight to the point, everything Whey Protein isn’t!

Leave a reply Click here to cancel the reply

We're not around right now. But you can send us an email and we'll get back to you, ASAP.